Our club was officially started on 4/20/2020 (Elon Musk day) when it was spun off of the former Tesla Owners Club of Central Texas.  As most car clubs go, there is usually a few people who carry the load for everyone.  Matt has been this person for many years.  Anuarbek has joined the team and helping reinvigorating the club.  Michael, Michelle, and James are also helping. 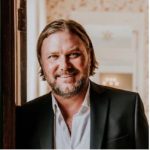 Matt started his journey with Tesla in 2012 when he ordered his first car. It arrived in March 2013 and it was love at first sight.

That same week, Elon Musk arrived in Austin to petition the state of Texas to allow for legalization of Tesla sales in the state. Matt worked with the press and started meeting with some of the Tesla owners in support of the car company and thus began the Tesla Owners Club of Central Texas. Starting with Cars And Coffee events, track days at Circuit of the Americas, various club meet ups and an annual party that has grown to nearly 150 attendees this last year. The club has been a labor of love and Matt serves as president and founder, originally of the Central Texas club (San Antonio and Austin combined) and now the spin off as Tesla Owners Austin.

As an early investor in Tesla, Anuarbek has been a great supporter of the company since 2012. In 2015 he helped create the Tesla Owners Club in North Houston and served as the club President until moving to Austin in 2018.

In addition to his involvement with the Tesla Owners Club Austin, Anuarbek also co-hosts a popular Tesla Podcast called the “Tesla Geeks Show” with his co-host, Eli Burton, also known as Starman in the Tesla Community and creator of popular comic “The Adventures of Starman”.

Fun fact about Anuarbek, during the Model Y unveil in 2019, Anuarbek convinced Elon Musk to take Tesla Supercharging to his home country of Kazakhstan. So in late summer 2019 Anuarbek accompanied executives from Tesla to Kazkakhstan where they helped with the installation of 2 supercharging locations in the country. 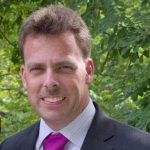 Michael helps our club with this website, managing the club's Facebook, Google Group, and Instagram accounts.   He is also the President of the Tesla Owners Club of San Antonio, and former Vice President of the Tesla Owners Club of Kansas City.  He has been a Tesla Model S owner since September 2017, a Tesla Model X owner since December 2019, and a Tesla Solar / PowerWall owner since December 2020, making his family a 100% Tesla vehicle and energy family.

History of the Club...

Dr. Bill, John Kingman and a few others started the google email list in 2012.  Matt Holm ordered his first Tesla in 2012 but didn’t get it until March when he met a few other Tesla owners and Elon Musk at the Texas state Capitol to protest Tesla being illegal in Texas.  From there they went to happy hour and started organizing Cars And Coffee events.

Matt threw his first Tesla party at his house in the summer of 2013 and have had it annually ever since (except 2020).

In 2015 Tesla said we had the largest membership group in Central Texas and asked if we would run the San Antonio and Austin area club with official designation, the co-founders asked Matt if he would run the group.  Matt said yes and now the club is big enough to split from San Antonio, allowing them to have their own club.  Combined events are still planned due to the proximity of the two cities in central Texas.

To become an official member of the Tesla Owners Club Austin, please click on "Join the Club" at the top of the page.

Benefits will include Members Only events and Tesla Owners Club Austin merchandise.